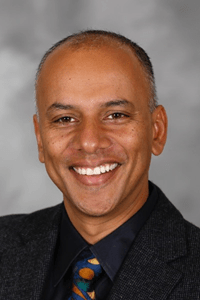 Indiana University School of Medicine researchers have contributed to four studies published in one journal, all related to their research, designed to eliminate malaria in the Eastern Africa country of Kenya. These studies involved about 8,000 people over ten-years, looking at how insecticide-treated bed nets impact disease transmission, tracking disease hotspots, and analyzing antibody profiles against disease in participants over time. Chandy John, MD, Ryan White Professor of Pediatrics at IU School of Medicine, was the senior author on each of the four research studies, which were conducted with colleagues at the Kenya Medical Research Institute.

“A study like this is the product of about a decade of work,” said John, who is also the director of the Ryan White Center for Pediatric Infectious Disease and Global Health at IU School of Medicine. “That depth of work is the only way we could get four articles published together in the American Journal of Tropical Medicine and Hygiene – they were linked and so it was important for them to be read and disseminated together.”

This research focused on an area in Kenya where the rate of malaria transmission had been relatively low. These kinds of studies are important because they provide insight about ways to eliminate the disease from the population. In the last ten years, ten countries have been certified as “malaria-free” by the World Health Organization (WHO).

“Continued, committed support of politicians and administrators for investment in malaria control and elimination is built through demonstrations of success, and elimination of the disease, even at the subnational level, is unquestionably a victory,” said Kim Lindblade, PhD, Malaria Elimination Unit of the World Health Organization, in an editorial in the same peer-reviewed research journal in regards to these studies. “Friendly competition between regions helps increase and maintain political will, whereas implementation of elimination activities in selected subnational areas strengthens the national program by creating a record of progress and learning that will be relevant to other areas of the country.”

Malaria is transmitted by infected mosquitoes, and the first symptoms are typically fever, headache and chills. If left untreated, these symptoms can progress to a more serious sickness, often turning deadly. According to the WHO, nearly half of the world’s population is at risk for contracting the disease, with the most vulnerable group being children under the age of five. The most recent World Malaria Report from the WHO showed progress, with 228 million cases in 2018, compared to 231 million cases in 2017. As with other global health issues, there are concerns that the COVID-19 pandemic may make the situation worse.

The published studies can be viewed below:

• Antibody Profiles to P. falciparum Antigens Over Time Characterize Acute and Long-Term Malaria Exposure in an Area of Low and Unstable Transmission