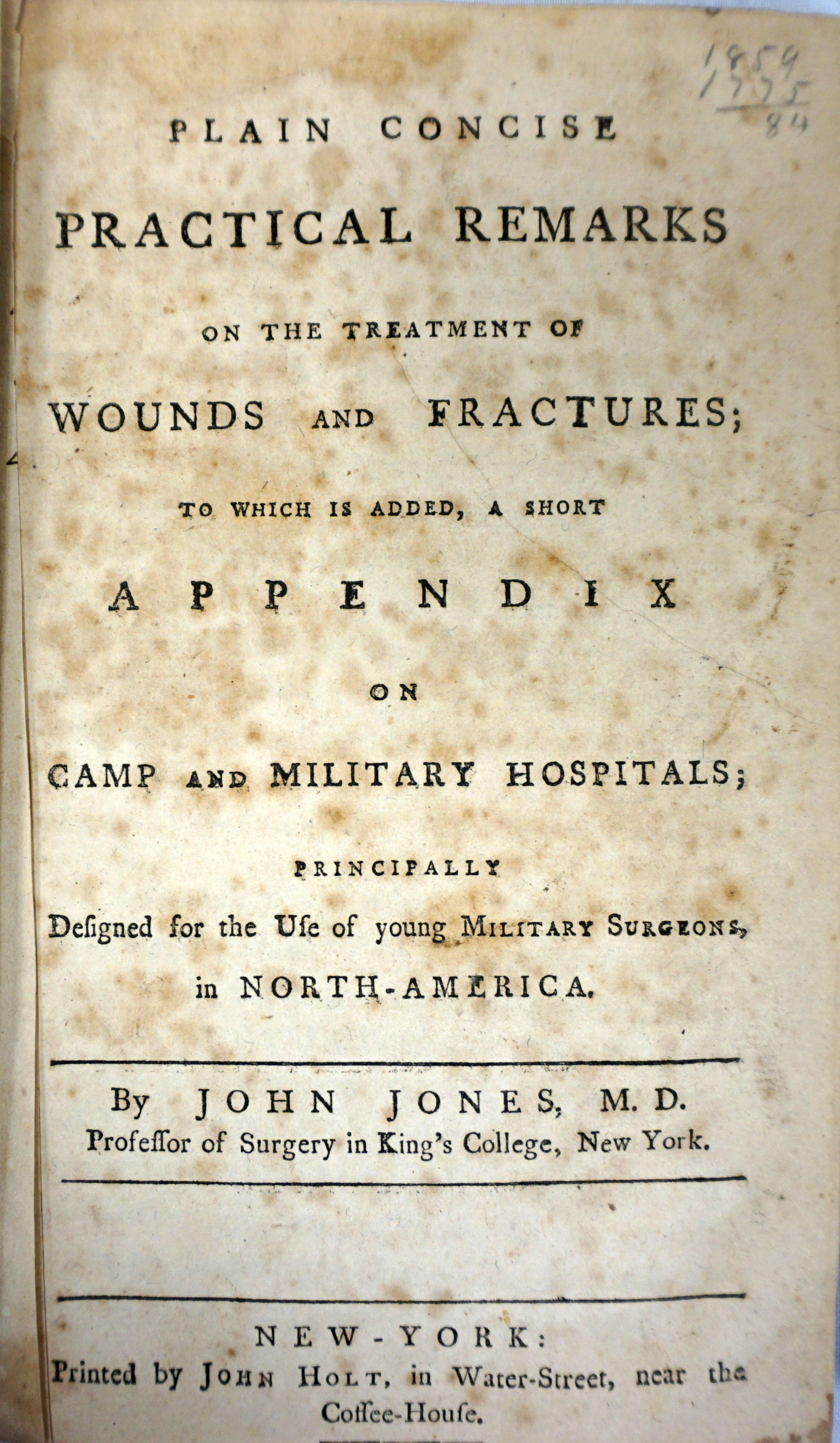 John Jones was born in Long Island, NY in 1729. After serving an apprenticeship in the colonies, he went to Europe to further his medical education. In England he learned from William Cheselden, William Hunter and Percivall Pott. He studied medicine at the University of Reims, and received his M.D. in 1751. He returned to New York City and was the first person to perform lithotomy in the colonies. In 1767, along with Samuel Bard and others he founded the College of Physicians and Surgeons at King’s College (Columbia College) and was the first person in the colonies to be named Professor and Chair of Surgery. In 1775, just before the Revolutionary War conflict began, Jones published his Plain Concise Practical Remarks on the Treatment of Wounds and Fractures, the first surgical and medical text published in the New World. It is a short book, a series of short essays really, but it served a practical purpose being the only field manual for surgeons to use throughout the American Revolutionary War. During the war, Jones sided with the Revolutionaries and became surgeon to the Tenth Massachusetts Regiment. Jones retired from military service to practice private medicine in 1781, becoming the physician to Benjamin Franklin in his final weeks and to President George Washington. Jones passed away in 1791 at the age of 57.

An original copy of this book is available in the Ruth Lilly Medical Library’s History of Medicine Collection (Call Number: WO700 J77p 1775).

A digitized version is available online through the National Library of Medicine’s Digital Collections: https://collections.nlm.nih.gov/catalog/nlm:nlmuid-2751026R-bk.