Historical Book of the Week: Chapters in the History of the Insane in the British Isle (1882) 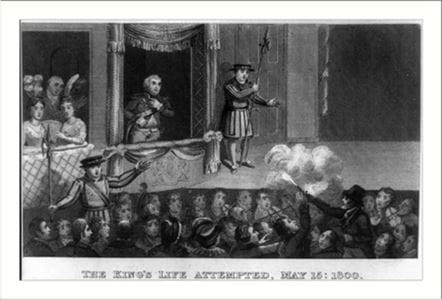 Detaining the Insane in 19th-Century Britain

Daniel Tuke’s Chapters in the History of the Insane in the British Isle published in 1882 focuses primarily on legislation that was passed during the 19th century. This work reviews the connection between those committing crimes and the process employed to deem them insane. People committing crimes were often considered insane by the courts in this era. Tuke focuses on the British Parliament’s need to make legislation for those committing crimes, which ranged from misdemeanors to murder, in an attempt to ensure safe custody of such persons while they were being detained. Due to this legislation, Tuke asserted, people who were detained due to their criminal activity and who were subsequently described as being insane were thought a danger to the public and were subjected to inhumane living conditions. Those who found themselves within the confines of the mental health institutions were often chained to their beds, denied access to fresh air, and were considered subhuman who must endure harsh conditions to heal them of their mental illnesses. Tuke assessed the thought process the British legislatures employed as they sought to deter citizens from committing offenses, so as not to be subjected to the conditions of mental health institutions. His book can be found in the Leo J. McCarthy, MD History of Medicine Room at the Ruth Lilly Medical Library for those who wish to review the findings themselves.

Tuke provides a clear picture of the legislative procedures that were in place if a person were to be acquitted by the insanity plea in the British Isles. Tuke notes: “When a person charged with misdemeanors was acquitted on the plea of insanity, he was to be kept in strict custody during Her majesty’s pleasure, and it was the duty of the jury to find specially whether such person was insane at the time of commission of such offence, and to assess whether such person should be acquitted by the jury on account of such insanity.”[1] Tuke was concerned with those who were acquitted due to insanity, and were affected with some derangement of mind, who, unless restrained, were in danger of becoming repeat offenders. Tuke notes that those acquitted due to insanity pleas often “found themselves subjected to incredibly long periods of detention, sometimes indefinitely, for fear of relapse and the terrible acts to which relapse might lead.”[2]

In an attempt to put Daniel Tuke’s work in perspective, I draw on the specific incident of James Hadfield. In early 19th century Britain, James Hadfield was on trial for treason for an attempted assassination. Hadfield’s actions alone were enough cause for him to be considered a criminal lunatic. As Tuke demonstrated, the legislative procedures of the time stated that: “no longer was a defendant found not guilty on the grounds of insanity entitled to a general acquittal, and insanity became a special verdict linked with automatic confinement for an indefinite period of time.”[3] These two factors are important because prior to the nineteenth century, persons acquitted on the grounds of insanity were legally entitled to their release. The criminal law had no direct power over them. In Hadfield’s case, he would only be considered for release if two medical professionals found he had been rehabilitated. This was the first case of its kind. What is also important to note is that, if two physicians concurred that a criminal had been rehabilitated, that person would be released under their own recognizance.  The trial of James Hadfield for the attempted assassination of King George III had a lasting effect on the jurisprudence of criminal insanity and political criminality.[4] The trial is the first instance in which we see insanity become a special verdict as a way of detaining those who otherwise would have been entitled to their freedom.[5]

Daniel Tuke’s work was instrumental in providing the public with information for understanding the insanity plea and its impact on those who were deemed clinically insane by way of juries. Tuke’s work helped to bring awareness about those deemed clinically insane and their chances of re-entering society.  In England “mental health treatment became a concern for the residents by citing criminal activity as the primary catalyst for public, political and medical concern.”[6] Tuke’s publication helps connect the relationship between criminal offenses and mental handicaps and outlines the concern English legislators had about how to proceed in such instances. During the 19th century, “England experienced an increase in those assigned the label of criminal lunatics, and many believe it was as a result of the drafting of controversial mental health legislation during the early 19th century.”[7]

[1] Daniel Tuke, Chapters in the History of the Insane in the British Isle, London: Kegan Paul, Trench & Co., 267.

[i] Image found online at https://pasttenseblog.wordpress.com/2016/05/15/today-in-londons-royal-history-millenarian-nutter-james-hadfield-shoots-at-mad-old-george-iii-theatre-royal-1800/